Positive Pooching was founded in 2014 by Chad Taylor.

Growing up in the Southern United States, he spent much of his adolescence around dogs and animals in general.  From grandparents who were horse trainers, to befriending feral dogs, it was clear he had a passion for animals and a calm nature that has earned him the nickname, Puppy Yoda.

He would eventually start volunteer work with rescue agencies and the SPCA; his knowledge of dog psychology is ever expanding.  Working with trainers, behaviorists and other professionals, it is clear, this is what he is meant to do.

After many years of part-time volunteer work, he decided it was time to commit to helping dogs full-time.

He is now a proud member of the Canadian Association of Professional Dog Trainers.

With many years of study, he now holds 5 certifications in Animal Behavior, Dog Psychology and Training, and Pet Nutrition.  He uses the most up-to-date science-based training methods available.

He fundamentally believes in, and successfully uses the power of positive reinforcement; helping dogs have happy humans, and happy humans lead to happier dogs! 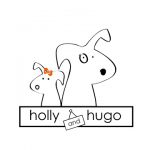 Accreditation from the ICOES
& 3 online courses
at Holly and Hugo 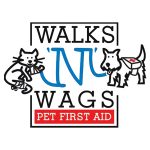 To book a phone call please choose an option: